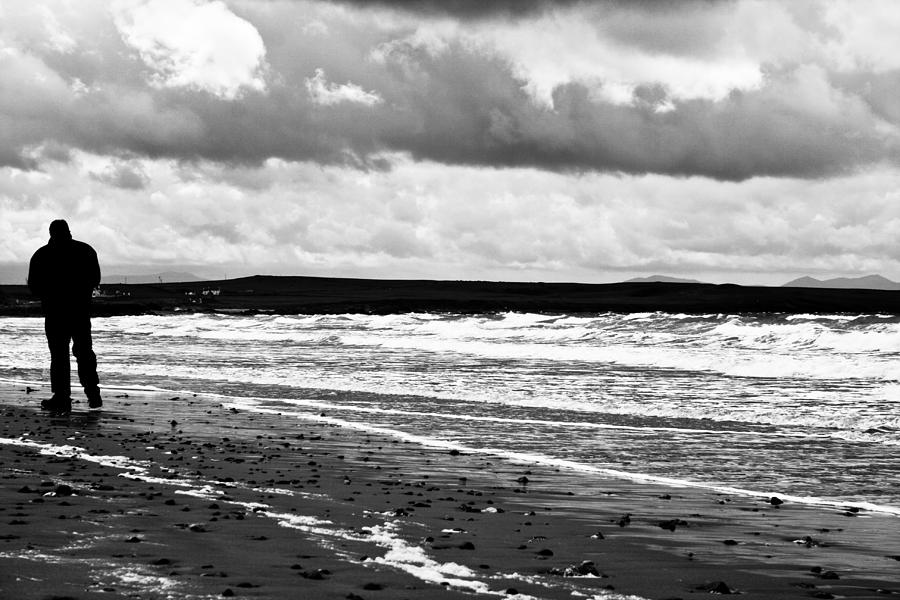 We need more solitude in our lives — not just for our own well-being, but for others. Talking about this is tricky today, because many people struggle with loneliness and isolation, and the pursuit of solitude could make things worse for them.

Our lives revolve around two poles: community and solitude. A healthy life includes both. Let’s be clear about that as we begin. Rabbi Eliezer Shore describes this balance:

“Most true spiritual seekers, at some time in their journey, must struggle with the dilemma posed by these two opposites [community and solitude]. While personalities differ, tending some towards solitude, others to community, most of us waver uneasily between the two, constantly searching for the proper balance in which we might best serve God. … An emphasis on community in no way denies the validity of solitude, rather it seeks to engage the contemplative in an even higher purpose, namely, that of bringing the entire community into an enlightened relationship with God.”

Then Why is Solitude so Important?

For many reasons, but here I am going to focus on just one: we need solitude in order to know ourselves, to come to clarity about what we think and believe; so that, as we move out to relate with others, we can bring our thoughts and perspectives into the relationship, and not simply be absorbed into the thinking, relating, and value patterns of those around us. This allows us to be interdependent without being codependent.

We like to believe that we are independent thinkers, that we are “our own man” or “our own woman.” We pride ourselves as being people who don’t follow the crowd, but we think for ourselves. Like a group of teenage skaters, or middle aged Harley-Davidson bikers, we attempt to express our individuality in a way that conforms fairly rigidly to certain conventions, clothing fashion, and behavior (which, by the way, is heavily driven by corporate marketing).

This leads us to one of the great challenges in our time … and in fact I don’t think it’s too strong to call it a crisis. We are so over-stimulated by the messages of marketing, mass-media, and social-media — which is increasingly being filtered by artificial intelligence to match our preferences — that we aren’t getting the time to evaluate, sift, and clarify what is going on in our own hearts, and establishing a healthy response and engagement with the world around us.

This is not a new problem. For some time, people have been emphasizing the need for solitude, for taking time to THINK. By solitude here, we’re not talking so much about extended absences from all people contact, like taking a week-long silent retreat. We’re talking about simply having some time away periodically, time when the input is off, and just let ourselves think and sift. To let all that is stirred up in our minds and our souls settle.

Jennifer Stitt has written a great article for onbeing.org about solitude, and how important it is before we are able to relate helpfully to others around us. She brings in reflections from Hannah Arendt, who tried to make sense of how Germans had come under the spell of Nazi fascism. I’m going to quote at length from the article (with my own emphasizing various points in bold):

In the 20th century, the idea of solitude formed the centre of Hannah Arendt’s thought. A German-Jewish émigré who fled Nazism and found refuge in the United States, Arendt spent much of her life studying the relationship between the individual and the polis. For her, freedom was tethered to both the private sphere—the vita contemplativa—and the public, political sphere—the vita activa. She understood that freedom entailed more than the human capacity to act spontaneously and creatively in public. It also entailed the capacity to think and to judge in private, where solitude empowers the individual to contemplate her actions and develop her conscience, to escape the cacophony of the crowd—to finally hear herself think.

In 1961, The New Yorker commissioned Arendt to cover the trial of Adolf Eichmann, a Nazi SS officer who helped to orchestrate the Holocaust. How could anyone, she wanted to know, perpetrate such evil? Surely only a wicked sociopath could participate in the Shoah. But Arendt was surprised by Eichmann’s lack of imagination, his consummate conventionality. She argued that while Eichmann’s actions were evil, Eichmann himself—the person—”was quite ordinary, commonplace, and neither demonic nor monstrous. There was no sign in him of firm ideological convictions.” She attributed his immorality—his capacity, even his eagerness, to commit crimes—to his “thoughtlessness.” It was his inability to stop and think that permitted Eichmann to participate in mass murder.

Just as writers like Edgar Allen Poe suspected that something sinister lurked deep within the man of the crowd, Arendt recognised that: “A person who does not know that silent intercourse (in which we examine what we say and what we do) will not mind contradicting himself, and this means he will never be either able or willing to account for what he says or does; nor will he mind committing any crime, since he can count on its being forgotten the next moment.” Eichmann had shunned Socratic self-reflection. He had failed to return home to himself, to a state of solitude. He had discarded the vita contemplativa, and thus he had failed to embark upon the essential question-and-answering process that would have allowed him to examine the meaning of things, to distinguish between fact and fiction, truth and falsehood, good and evil.

What Eichmann showed Arendt was that society could function freely and democratically only if it were made up of individuals engaged in the thinking activity—an activity that required solitude. Arendt believed that “living together with others begins with living together with oneself.”

Arendt’s warning is well worth remembering in our own time. In our hyper-connected world, a world in which we can communicate constantly and instantly over the internet, we rarely remember to carve out spaces for solitary contemplation. We check our email hundreds of times per day; we shoot off thousands of text messages per month; we obsessively thumb through Twitter, Facebook and Instagram, aching to connect at all hours with close and casual acquaintances alike. We search for friends of friends, ex-lovers, people we barely know, people we have no business knowing. We crave constant companionship.

But, Arendt reminds us, if we lose our capacity for solitude, our ability to be alone with ourselves, then we lose our very ability to think. We risk getting caught up in the crowd. We risk being “swept away,” as she put it, “by what everybody else does and believes in”—no longer able, in the cage of thoughtless conformity, to distinguish “right from wrong, beautiful from ugly.”

With so much happening in our world that requires a thoughtful response — and possible direct action in either support or resistance — we need clarity, conviction, and wisdom now more than ever. And, as Stitt and Arendt make clear in the article, this kind of clarity, conviction, and wisdom only come when we are able to pull away from the noise and crowd, in the experience of solitude.

Let me close with some words from Greek Orthodox spiritual teacher and literature professor Labros Kamperidis writes about this:

“We can only be of use to our community if we withdraw from it and start a pilgrimage of self-discovery. It is only by retreating from the community and distancing ourselves from it that we come to an understanding of ourselves and our potential, since, as Henry David Thoreau says, ‘we are for the most part more lonely when we go abroad among men than when we stay in our chambers.’

“This understanding brings about a transformation of our old selves, previously defined — ill-defined perhaps — by the community which gave us our identity, and this transformation allows us to realign ourselves to the world beyond the confines of our community and to rediscover our place in it.”

What you do is important. I want to help you keep doing it.

This training and coaching program will help you live out your life purpose with more success and less stress. Find out more here!

To find out more about our leadership programs, send us a message from our contact page.